WHY DO PEOPLE STAY IN ABUSIVE RELATIONSHIPS?

One of the most common questions people ask about victims of domestic violence is, “Why don’t they just leave?”

People stay in abusive relationships for a variety of reasons including: 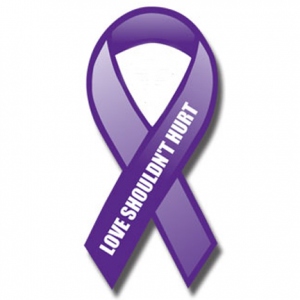 Now that we’ve seen some of the reason why people feel they have to stay, let’s talk about the cases when they finally get the strength to leave. Faith Green, 49, is a Dearborn Heights, MI native who was forced to watch her children be murdered by her husband and was also shot and slashed during the attack. She now has to live her life without her four children, ages 19, 17, 5, and 4, all because she decided that she was finally done. Julia Martin, 27, was a Chicago, IL resident was stabbed repeatedly by her ex-fiance before he jumped to his death from her apartment building balcony. Martin was soon after pronounced dead. This occurred shortly after she ended the engagement and was meeting with him to return the ring. These two incidents occurred within the last 30 days. About 4,000 women die each year due to domestic violence. Of the total domestic violence homicides, about 75% of the victims were killed as they attempted to leave the relationship or after the relationship had ended. I’m sure women go through all types of reasoning and make all types of excuses but the truth of the matter is, is it really worth it? I know first hand that it is easier said than done but never be afraid to ask for help. One time is too many times. These type of men seem to have a hard time accepting rejection and become very possessive. If you notice that you are dealing with someone like this, get out before its too late.  Don’t become another statistic. ENOUGH IS ENOUGH.

If you or someone you know is in need of help please contact the Domestic Violence Hotline at 1-800-799-SAFE (7233) or fill out the contact form below and I will be glad to point you in the right direction and offer my support.

2 thoughts on “Enough is Enough”

My name is Krissy G and I'm just a Detroit girl working to become a big deal!!!! This is the Unapologetic Guide to Loving Yourself Forever (U.G.L.Y Forever). This Blog is a documentation of my journey back to self-love. This includes spiritual, emotional, mental and physical love. Loving Yourself from Inside Out. I hope that this guide will help you as it helps me. LET'S GET UGLY!!!!!!!
- Krissy G from The D

If you have been moved or inspired by something you've read today and you would like to Support the Movement please click the button below!!

Add Me on Snapchat